In 2021 the excavations at ancient Kalaureia (Poros) were continued in Area L, situated in a part of the site presumably belonging to the ancient settlement outside of the sanctuary of Poseidon. Previous investigations in Area L between 2015 and 2018 have revealed several structures that date from Classical times until the early Roman period. Given the finds of multiple storage vessels (pithoi) and a press stone dating to the Hellenistic period as well as spaces containing debris of cooking vessels and fine ware pottery, we believe that much of the area was used for cooking and dining. The number of large storage vessels found in situ and the size of the complex suggest that these activities were carried out within a communal rather than private setting. In 2018 we found parts of a large stone laid feature (defined as Feature 3) in connection to a thick ash deposit. Multiple animal bones and both fine- and cooking ware dating to the 3rd century BC were uncovered in connection with the feature. In 2021 we were able to excavate a larger segment of Feature 3 which seems to consist of several walls enclosing a surface formed by a stone packing. We could, however, not expose the full feature due to the presence of Roman walls positioned directly above it. It is therefore difficult to fully understand the nature of Feature 3, though presumably it can be linked to cooking activities.

The later walls are interesting as they provide information on the structural development of Area L in the Roman period. In several parts of the area a thick construction fill dating to the late 1st century BC or 1st century AD has been uncovered. This fill seems to support a new level, reusing some of the older walls with new stretches built on top of the earlier structures. Further evidence for the structural environment was also provided by the exposure of a pebble floor, first found in 2018, in the northern part of the trench, preliminarily dated to the same period. Although we still do not have a complete picture the structural environment in Area L, the 2021 excavations have produced a much better understanding of the chronological phases and the nature the buildings over time. 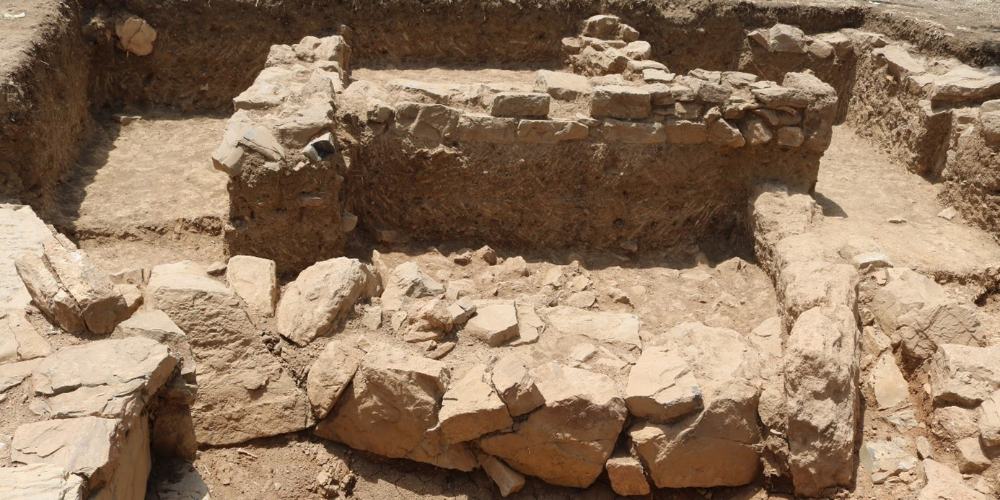