Vikings in the Mediterranean

Vikings in the Mediterranean

The “Viking Age,” roughly 750-1050 CE/AD, is usually associated with the raids or wholesale movement of people from Scandinavia along the coasts of western and Atlantic Europe. Few non-specialists associate the same Norse populations with eastern Europe (the Rus), although they have had a comparably significant role in the political history of that part of the world. Fewer still, however, are aware of the robust Norse presence in the Mediterranean. Individually or in groups, Scandinavians were raiders, mercenaries, merchants, and—in some cases—settlers in the lands surrounding the “Middle Sea” (Miðjarðarhav). Many traces of this presence and the ensuing interaction remain to this day, seen in the material culture and the flow of objects between southern and northern Europe. Moreover, these traces are also visible in historical accounts, linguistics, iconography, and to some extent even in the social changes within the communities that took part in this exchange. This body of evidence has not gone unnoticed by scholars interested in this period and it has been addressed to some extent in the past. Nevertheless, this field of research has not hitherto seen a focused discussion within the framework of a dedicated scientific meeting, which could be of benefit to all concerned.

The international conference “Vikings in the Mediterranean,” co-organized by the Norwegian, Swedish, and Danish Institutes at Athens in the year of the Norwegian Institute’s 30th anniversary, aims to change that by bringing together scholars from various disciplines interested in the varied ways that the Norse have shaped the historical events of the medieval Mediterranean, and vice versa. In addition, our goal is to provide a meeting opportunity for scholarly communities that do not usually have open lines of communication, e.g. between colleagues working in the Mediterranean and those in Scandinavia. Finally, we hope that this conference will result in the publication of a comprehensive proceedings volume, which will address this topic in all its multifaceted aspects. 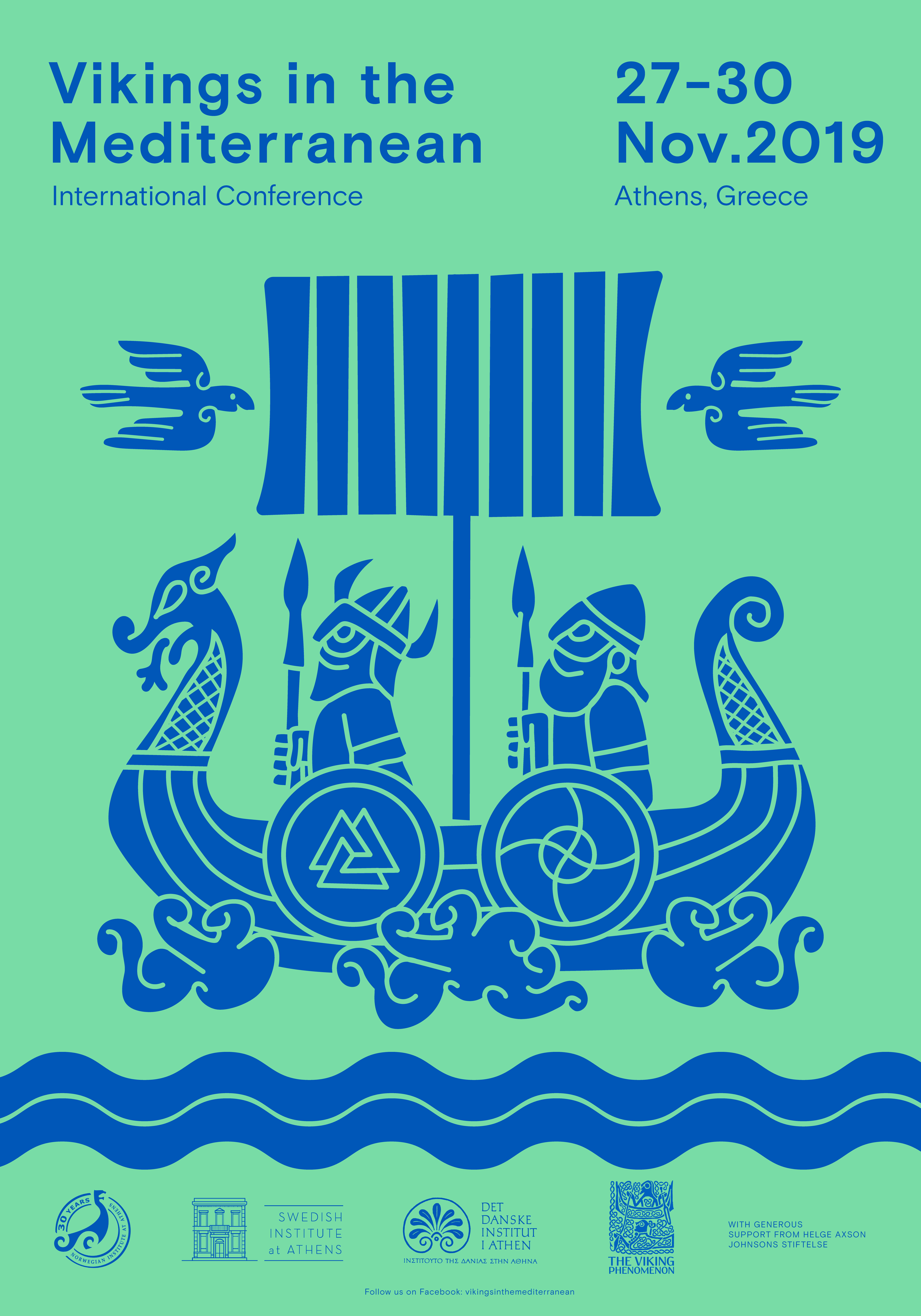