The controversy between Sir Arthur Evans and Martin P. Nilsson about monotheism in Minoan Crete of the palatial age was famous in the 1920s. Some hundred years later, though, we may wonder whether Evans or Nilsson were proved right.

It will be argued that new finds from Crete, Thera and the mainland (especially Poros, Crete and Pylos, Messenia) absolutely justify Evans’ conception of monotheism (by which he meant one chief deity dominating over others). The principal deity of Minoan Crete consistently shown as an enthroned goddess/queen associated with the sun disc and the moon consistently. I will therefore be arguing that the female deity in question is a solar sky goddess, similar to Isis, something that Evans foresaw. Because he had understood on the basis of the iconography that she controlled all the domains of the cosmos. Additionally, I will argue that the young male figure who accompanies her is her son, exactly as explained by Evans. The new evidence will show additionally some aspects of her worship. 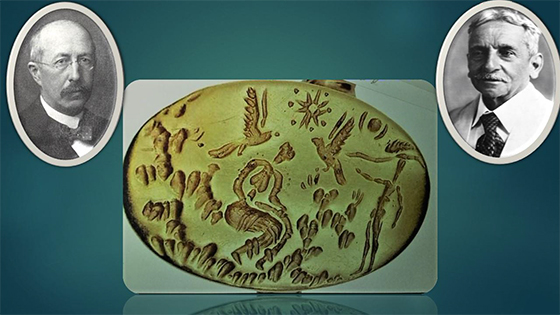